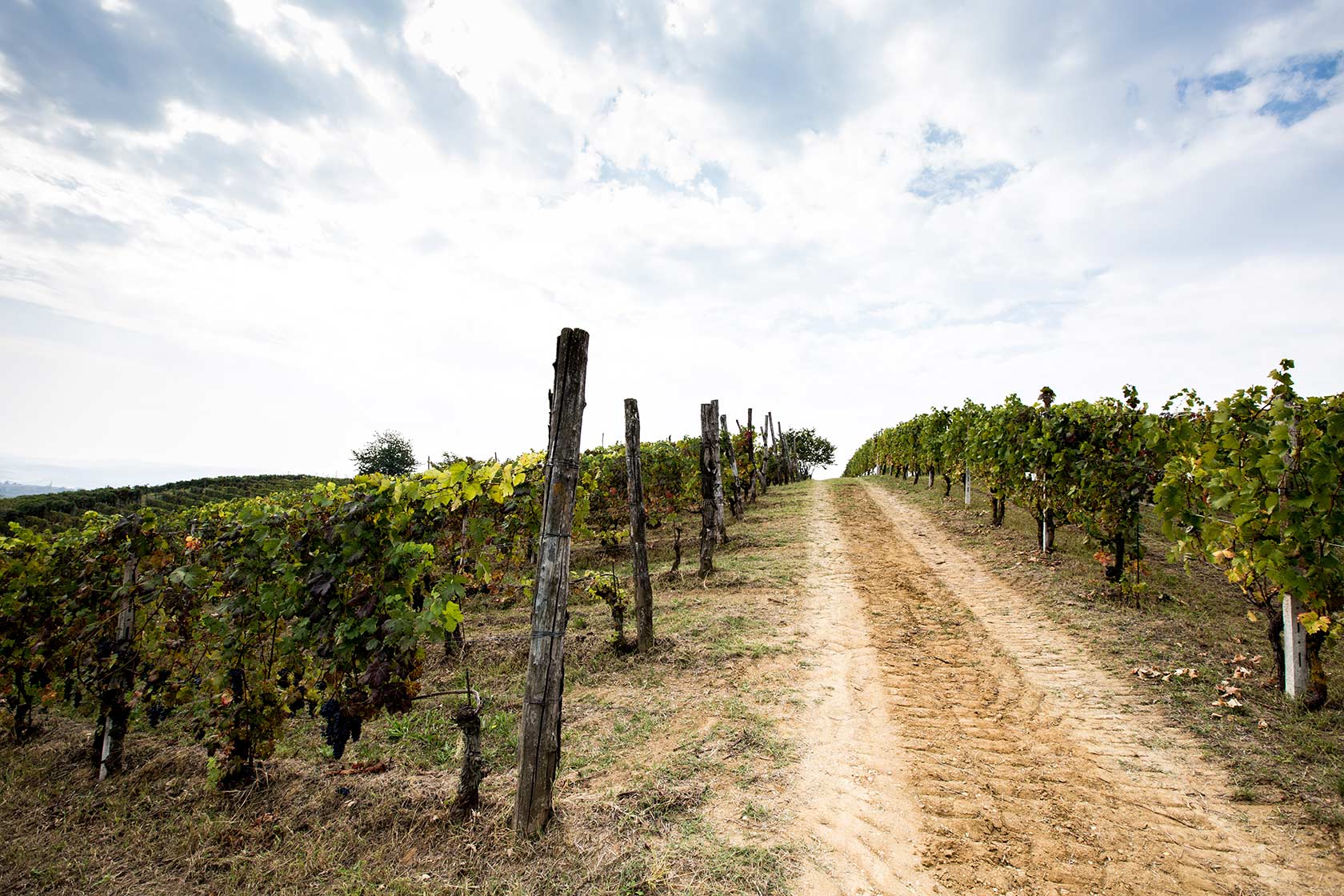 Bric d’la Gramula: A south-facing hill ridge that was named after the man who used to own it about a century ago. It has an historical vineyard dating back to 1954 where the grapes used for our Vigne Vecchie are produced. Since 2001 it has become one of the exclusive six vineyards used to make our unique Insynthesis wine.

Bric del Castjon (Castiglione’s hill): it is the highest hill in Vaglio Serra, on the border with Noche, a hamlet of Vinchio. The name probably derives from a fortified camp built here around 1000 AC because of its strategic elevated location.

Discover the wines produced by the Vaglio Serra vineyards: